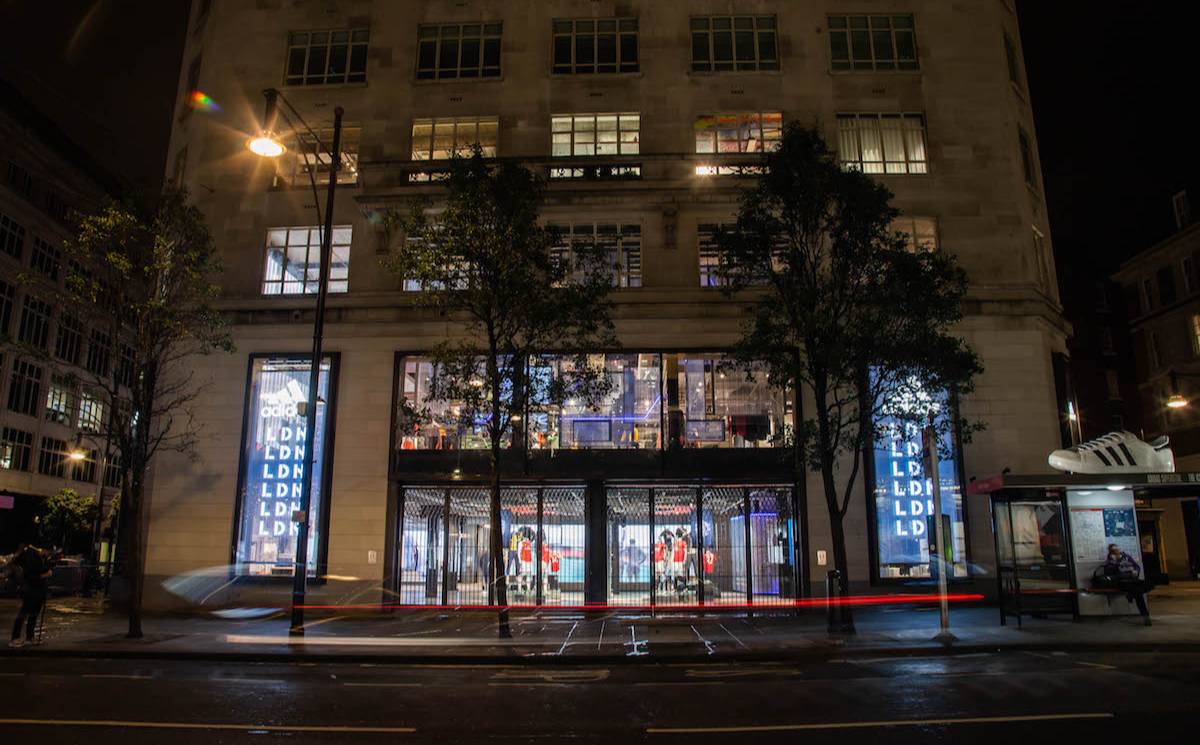 In the fourth quarter, Adidas recorded sales growth of 1 percent on a currency-neutral, while sales were down 5 percent to 5.548 billion euros in euro terms. The company witnessed e-commerce growth of 43 percent. The company added that strong sell-through of the company’s products is also reflected in the growth of 14 percent in its direct-to-consumer business during the quarter.

Commenting on the company’s performance, Adidas CEO Kasper Rorsted said: “Our business continued to recover towards year-end and we returned to growth in the fourth quarter. E-com was a standout throughout the year as we grew revenues in our most important store by 53 percent in 2020 to significantly more than 4 billion euros. We are confident about 2021 and will be fast out of the gate in the first year of our new strategic cycle, delivering mid to high-teens sales growth globally.”

Adidas witnesses growth in all markets except for Europe

The company said, on a currency-neutral basis, all markets except Europe posted sales increases in the fourth quarter. Asia-Pacific grew 1 percent, driven by a strong recovery in Greater China, where sales were up 7 percent. With an increase of 2 percent, sales in North America were also up compared to the prior
year, driven by an improvement of 4 percent for the Adidas brand.

Revenues in Europe were impacted by renewed lockdowns, with about half of the company’s stores closed at the end of the year. In addition, the market faced a tough comparison base due to the launch of products related to the UEFA European Football Championship, which had resulted in 14 percent sales growth in the prior year quarter. As a result, revenues in Europe declined 6 percent in Q4.

The company further said that sales in both Latin America and emerging markets grew 7 percent, while Russia/CIS recorded an increase of 21 percent.

In the fourth quarter, the gross margin declined 0.3 percentage points to 48.7 percent.

Adidas added that the sales development during the year 2020 was significantly impacted by the negative effects following the global outbreak of the coronavirus pandemic. Full-year revenues decreased 14 percent in currency-neutral terms, while in euro terms, revenues decreased 16 percent to 19.844 billion euros. However the company saw e-commerce deliver 53 percent growth in currency-neutral terms in 2020, reaching more than 4 billion euros in revenues and accounting for more than 20 percent of total sales. Led by e-commerce, currency-neutral revenues in the company’s direct-to-consumer business increased by 7 percent for the full year.

With the company’s global store opening rate currently standing at above 95 percent, the company said that Adidas expects a strong top-line recovery in 2021. Sales are expected to increase at a mid to high-teens rate on a currency-neutral basis. Revenues are anticipated to increase in all market segments with Greater China, Asia-Pacific and Latin America all projected to grow currency-neutral net sales in a range of between 20 percent and 30 percent. EMEA is expected to record growth in the mid to high-teens, while North America is forecast to expand revenues at a high-single-digit rate.

The company’s gross margin is expected to almost fully recover and reach a level of around 52 percent in 2021. Despite a significant increase in marketing activities and related investments, operating expenses are expected to grow at a materially lower rate than revenues due to effective cost management. As a result, the company’s operating margin is projected to rebound sharply to a level of between 9 percent and 10 percent. Net income from continuing operations is projected to increase to a level of between 1.25 billion euros and 1.45 billion euros.

The Adidas executive board and supervisory board have decided to resume the company’s dividend payments and will propose paying a dividend of 3 euros per dividend-entitled share for the financial year 2020 to Adidas shareholders at the annual general meeting on May 12, 2021.

MUD Jeans proves that circular entrepreneurship is the future

Nylon brand Nilit has partnered with The Ocean Foundation on its Blue Resilience Initiative.

Joining The Ocean Foundation’s Blue Resilience Initiative, the collaboration aims to protect essential ocean meadows and other coastal habitats. According to Nilit, marine grasslands are being damaged at the rate of two football fields per hour. As important oceanic ecosystems, the grasslands help to reduce global warming by taking CO2 from the atmosphere.

Nilit, which also owns sustainable brand Sensil, has previously stated that protecting the oceans and reducing CO2 is part of its Total Product Sustainability Program. Recently, it reduced CO2 emissions at its main facility, and has utilised clean energy techniques at its manufacturing plants.

“NILIT and The Ocean Foundation can affect both sides of the ocean health equation and, together, make a more substantial impact on the well-being of our oceans and our planet,” said head of global marketing at Nilit, Sagee Aran.

The Ocean Foundation’s Blue Resilience Initiative focuses on coastal reconstruction and providing carbon offsets for foundations, corporations, donors and events. Its work notes the ecological and social impact that coastal areas have on the world, with man made infrastructure degrading nature’s natural defense mechanisms. The Blue Initiative seeks to restore and protect these coastal habitats.

“We are excited to join in The Ocean Foundation’s crucial work to protect the marine ecosystems that sustain life in the oceans and on land,” said Aran. “The Ocean Foundation investment, we have expanded our vision far beyond the traditional supply chain structure so that we can more rapidly and effectively bring about positive environmental impact.”

Multibrand retailer Nordstrom has launched a partnership with marketplace Black Owned Everything, a platform promoting Black-owned businesses, and its founder Zerina Akers.

Labels included in the curation are William Okpo, Sammy B, L’Enchanteur and handbag designer Brandon Blackwood.

“When we launched Black Owned Everything back in February of this year, partnerships like Nordstrom x Nike were exactly the type of activations I had in mind to amplify the reach of the Black designers whom I work with and mentor,” said Akers, in a release.

She continued: “This intersection of well-established brands and emerging designers is where the progress of Black Owned Everything’s mission takes place.

“The inclusion of these selected designers is a big step for their individual career paths and an even bigger step in the right direction for the American marketplace and beyond.

“This curation is a fun mix of fashion and lifestyle pieces for the people who are keen to street trends and enjoy functionality.”

Simultaneous with the online presence of the collection, Black Owned Everything merchandise will also be available at four Nordstrom x Nike pop-ups in US-based Nordstrom stores.

Fashion marketplace Farly has announced it is set to launch in the UK on November 11, bringing its flea market approach of resale to new vintage-loving consumers.

Marketed as a virtual flea market, the site hopes to reinvent shopping in a fun and carefully curated way. Its concept revolves around virtual shop windows and mood boards intended to inspire visitors.

Farly looks to appeal to independent sellers, small retailers, artists and curators, providing potential users with the option to design their own shop window through image uploads and editing tools, helping to enhance their offering.

“As the world prepares for the United Nations Climate Change Conference (COP26) summit this November, the importance of climate change and looking after our planet has been more prominent than ever,” stated Farleigh Hungerford, Farly’s founder, in a release.

She continued: “Farly only encourages the sale of vintage, pre-loved and second-hand items and we really encourage sellers to have sustainability at heart, from packaging to thinking about the origin of the product all the way to the end of the items’ life cycle.

“Farly adds to this message with the core values at the heart of the business, encouraging users to re-use, recycle and restyle.”

The platform will also feature a reward system, called Farly Points, where sellers can earn points through promoting sales from curated items in their virtual shop windows. Building up points can contribute to discounts for users with the monetisation of their displays.

‘Mountain of equity’: Millions of home owners could save thousands